Who is the least restless irritable and discontent? 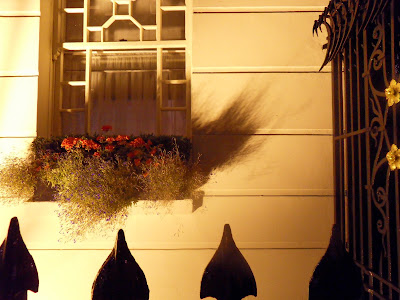 I had this conversation recently with someone who was going through a difficult time and was finding it difficult to tolerate restless irritable and discontented people, because they were just too draining for her. Rather than say to her “stick with the winners” I said something along the lines of - “make it your business to identify and locate the people at work, family, and AA meetings who are the least restless irritable and discontent. Whoever ? those people turn out to be, those are the people that you ought to be affiliating yourself with during this difficult period. When things get back to normal and everything feels fine, then by all means strike up conversations with people you thoroughly dislike, or who have zero social skills or impulse control. But in the meantime put your recovery first. Put principles before personalities. Recovery comes first. Everything else comes 2nd. Friendships come 2nd. Family comes 2nd. Obligations come 2nd. Within reason. i.e. do not use this AA principal as an excuse to abandon basic common sense. (When in doubt, ask your sponsor or another alcoholic first.)

When I was new in recovery, I had a persistently fragile emotional condition that was easily affected by detrimental or negative influences, so I had no choice but to practice “principles before personalities” in order to have some composure and clarity. So out of necessity I had to learn this AA lesson very early on. I often met people who I thought I had something in common with, or whose sense of humour I liked better than others, but because I was so emotionally fragile I had to put those things to one side and focus instead on who seemed the most comfortable and happy in any given meeting.
Their age, social background, level of professionalism, likes and dislikes were just not important. What mattered was how comfortable they were in their own skin.
I knew at the time that what I was practicing was the notion of “sticking with the winners” but because so many people have difficulty with that expression, I’m explaining it a slightly different way here. People often misinterpret this slogan to mean that it infers that the person who is “sticking with the winners” is making a judgment about the people they are choosing not to affiliate themselves with.
That has not been my experience. What I found, and still find, is that when I choose to gravitate toward people who are the least restless irritable and discontent, this is often a very ego puncturing proposition, because it sidesteps my intellect and ideas about who I like or who I agree with, and instead focuses on the conduct of others. Actions speak much louder than words. Talk is cheap. AA is full of people who like to talk, but may not also like to do the next right thing, or simply haven't learned the importance of moral restraint. “Restraint of tongue and pen” and are therefore very heedless.
I can easily form attachments or friendships to people who are likable but at the same time have destructive or heedless behaviours, which cause rough edges one way and another when I'm in conversation with them. Their lack of moral restraint, or heedlessness, is a sort of loose cannon, which can go off at any time. Friendships with people like this are problematic if I spend much time with them or have quite a few conversations with them. I prefer to form friendships with people who understand how not to be heedless. People who have impulse control and are considerate in their speech and action. Ultimately I find that the people whose actions are the most considerate are the people who are also the least restless irritable and discontent. My experience reflects the experience in the big book insofar as the extent to which I am able to “think of other people's needs and how I can help meet them”, is the extent to which I am “freed from the bondage of self”, and are therefore able to understand the meaning of what it is to be “happy joyous and free”.
Basically I am free to the extent that I am not self obsessed.

So if you are going through a disturbed patch, and are wondering who can show your way out of the mental and emotional disturbance. Simply look around you in the meeting and attempt to identify the least restless irritable and discontent person. That is the person most qualified to teach you how to reduce your discomfort. (This rule does not apply if they are glazed over and doped up to the eyeballs with 101 prescribed mind altering drugs!). When I say the least restless irritable and discontent, I mean without the numbing effects of mind altering drugs. (!)

I look for people with a twinkle in their eye, and inner and outer steadiness.
Using this method has always worked for me. It has guided me to some of the most wonderful AA meetings, AA members and people outside AA, so I'm very grateful that AA taught me this lesson.
So I hope you find it useful if you didn't already know about this one :)
Have a lovely Monday, wherever you are :)
Posted by An Irish Friend of Bill

I loved this post!
I picked my first sponsor because she could laugh at herself, and sit still without fidgeting - at the time, I found that amazing, that calm serene feeling which emanated from her.

Hehe C I can relate :) I LOVED the old timers that were funny but uncannily 'steady' 'in their demeanor and INCREDIBLY consistent. I LOVE the ability to be consistent and reliable. Its incredibly attractive. Unstable personalities on the other hand are equally un ! attractive :)

I think you're so right, IFOB. The people with whom you surround yourself can make or break a recovery and therefore it is not a subject that should be taken lightly. I like what you said about finding someone IN A MEETING who is not irritable, restless or discontent. I think it's so important to at least have some people in your life who know what it's like to struggle with whatever you struggle with.

I think the same thing applies in Al-Anon. I look for those who have that inner peace and comfort. I see that on the faces of some. No rough edges or harboring of anger really is attractive.

I needed to hear this.. I've not been a fan of the phrase "stick with the winners". I guess it was never explained to me as I was a smart,aware adult person and you have. Thanks!!