Which 'race' are you when push comes to shove? The decent or indecent man? 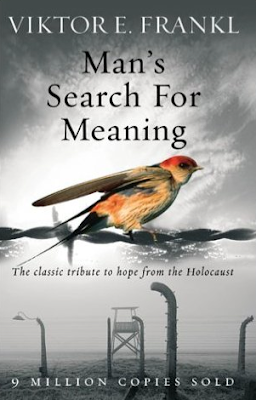 "From all this we may learn that there are two races of men in this world, but only these two-the '"race" of the decent man and the "race" of the indecent man. Both are found everywhere, they penetrate into all groups of society. No group consists entirely of decent or indecent people. In this sense no group is of pure race and therefore one occasionally found a decent fellow among the camp guards."
p94 Man's Search for Meaning by Viktor E. Frankl

Viktor E. Frankl was a therapist who was in the concentration camps. Its a very dignified exposition of the beauty of the human spirit and what makes us 'good' and 'bad'. Riveting. Fascinating.

Some prisoners when their backs were against the wall became horribly ruthless and cruel in order to survive at !!!! any price. Others maintained their dignity despite the ravages of the situation and would offer their last piece of bread to another in the most frightful and despairing circumstances.
So you see. We CHOOSE the next right thing (moral restraint and impulse control) or giving in to our reptilian survival impulses, oblivious to the next man. Heedlessly following the instinctual, habitual path of least resistance. Which one would you like to be?

"Live as if you were living already for the second time and as if you had acted as wrongly as you are about to act now!"
p114 Man's Search for Meaning by Viktor E. Frankl

I realized that I do the above without realizing when I speak to newcomers or sponsor people. I easily see the fork ahead in the road leading to an alternate destination were I to NOT explain to them how to dig themselves out of the hole. It is what motivates me to pass it on. The !!!! carnage and destruction down road B motivates me to TRY to educate them to travel down road A. so yeah I like this maxim.

..and describing a talk he gave his fellow prisoners after a !!! bleak and awful day:
"I asked the poor creatures listening to me attentively in the darkness of the hut (reminds me of Bill Wilson talking gravely to the assembled huddle of alcoholics in his kitchen) to face up to the seriousness of our position. They must not lose hope but must keep their courage in the certainty that the hopelessness of our struggle did not detract from its dignity and its meaning. I said that someone looks down on each of us in difficult hours-a frind, a wife, somebody alive or dead, or a God-and he would not expect us to disappoint him. He would hope to find us suffering proudly -not miserably....................The purpose of my words was to find a full meaning in our life, then and there, in that hut, and in that practically hopeless situation. I saw that my efforts had been successful. When the electric bulb flared up again, I saw the miserable figures of my friends limping toward me to think me with tears in their eyes."
p91 Man's Search for Meaning by Viktor E. Frankl

Fantastic book. Go get it. Takes an afternoon to read.
Have a fabulous Thursday!

I am oblivious to xmas so far. Just concentrating on study at the moment. Trust me. "Its just another day". Really. "There are no big deals" and all that. Hehe but I !! LOVE swerving all the seasonal palaver. Social ritual seems utterly meaningless to me. "It is only with the heart that one can see rightly. What is essential is invisible to the eye" as they say.

Outward stuff is just 'stuff'. So I am not terribly interested in it. I try to make sure I have no ketchup stains on my shirt (heheh) and all that, but above and beyond presentation (for the purposes of being considerate), my interest in plumage and ? nest building is a big fat zero. Hehe
So yeah do all that stuff if you REALLY want to but Im telling you it means NOTHING to me. Absolutely nothing. Kindness never goes out of fashion, but the palaver and running around I can do without.

Right gotta go.!!! Mind your head! :) Especially if you are in your first year. (Because it's nearly xmas and people tend to go a bit mad if they are not vigilant)
Posted by An Irish Friend of Bill

I think that my inner child gets the better of me. I like the holidays and the lights make it cheerful. I have friends in Sweden who leave their lights (Julstacke) up until nearly the end of January just to dispel the darkness. It's not like that here but the lights are just magical and HAPPY.

Hi. I noticed you over on Big jeNN's blog. I'm a great reader of Merton and Frankl, so i was interested to read your blog. I'll keep popping by if you don't mind. Nice to meet you.

i'll have to check it out. good to know it isn't long. i have the attention span of a, welllll, can't think of anything that has a VERY short attention span but i am afflicted with that when it comes to books. ah well - this one sounds promising though.

I'll have to get that book!
I love Christmas. I love spreading good cheer, but I do that all year long. I do not like what Christmas has become!
Buying frenzies, stress! To that I say Bah Humbug!
Baking cookies and giving them to neighbors, I love.
Merry Christmas to you. I like to pass out candy canes at the meetings.

Hola my Irish Friend of Bill,

A blessed Christmas to you and your loved ones.

Greetings and lots of love from Malaysia.

Thanks for your on going kindness and support. Shall we finally do that coffee? I'm rubbish, I know! And a bit shy, face-to-face....for all my rock n roll posturing!

or my real email addy name if you have it. I'm back in town Sunday (I think)

Hope you had a good one.