Emanate goodwill instead of emanating ill will 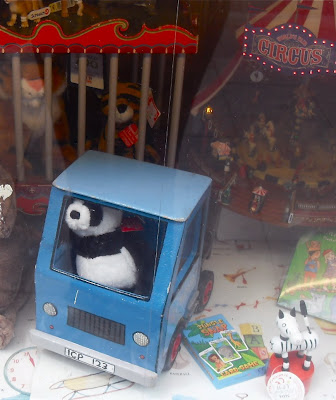 I always think motive is far more important than the words themselves. I feel my way rather than thinking my way. If when I look inside I can see condemning, presupposed judgements or accusatory tendencies, I know through previous experience that I am starting on the wrong foot, and that I should withdraw from expressing myself at that time until I feel as though I am coming from a more neutral place.
Basically if my attitude is negative I am not likely to have much success. I will probably wind them up. The only way I know how to speak in a way which doesn't cause more problems is to be genuinely goodhearted. I don't always start out that way but that doesn't matter. In other words it's not what comes into your head that matters, it's what you do with it that counts. So a lily-white psyche is not required to say the right thing. All that's really needed is a desire to do the right thing no matter what your head or emotions tell you.
I try as hard as I can to give other people the benefit of the doubt, especially when I have become convinced that they are a bit rubbish or irritating. If I am having a particularly negative perception of them, then chances are I have completely lost all objectivity and I am just stewing on some deluded resentment or other. I suppose what I'm saying is that if there is some unconscious reactivity bubbling around under the surface, that very little can be achieved by windowdressing, i.e. faking pleasantries when there is some internal tension going on. My experience is that it's much better to confront the negative attitude head on and make a sincere effort to give the other person the benefit of the doubt. This is much easier if you have learned that your head very rarely tells you the truth, and emotions lie. I have reached a point where I don't trust my thoughts or my feelings, so this makes being open-minded in such situations much easier.
By the way this doesn't mean that I deliberately hang around in abusive conversations, it just means that when I sense negativity internally, I would rather address my judgement and accusatory tendencies than try to be pleasant through gritted teeth and fail miserably. I'm also surprised at how quickly one can genuinely alter one's internal landscape if you're used to questioning your thoughts and feelings instead of accepting them on face value. Many years of practising restraint of tongue and pen mean that I'm able to keep my mouth shut, and make a conscious effort to become open-minded about that person, instead of deciding in advance that they must be irritating or wrong in some way before I clarify the issue that I am concerned about.
I just thought I'd mention that because it came up in conversation recently.

I suppose what I'm saying is that your private thoughts and emotions about other people aren't really as private as you think. People actually know you much better than you realise. If you have a negative attitude towards them, even if you don't say anything explicit or express to that effect, they will know on some level. If you get used to the idea that everybody can see through you then there is a much stronger motivation to clean up your internal, privately held attitudes and beliefs about people places and things. I am much more motivated to be pure hearted towards other people because I know how easy it is to see through people, and I also know that people react extremely badly to negative attitudes when they are slightly disturbed to begin with. So it makes sense to clean up one's internal environment, rather than paper over the cracks with phoney pleasantries that actually don't fool anyone.

In AA we call this having a good bullshit detector, but really on some level children, pets, your co-workers and everyone really are able to pick up on your negative attitude and will react accordingly because most people are highly reactive. So you save yourself a lot of grief if you make a real effort to come from a goodhearted place, (despite habitual negativity) and emanate goodwill towards them instead of emanating ill-will towards them.

Anyway it's a rather uninspired grey lifeless and rather cold day over here. I'm going to have some tea and get to the gym and that might get the blood circulating. I hope your Tuesday is a little bit more interesting than this one is looking so far :)
Posted by An Irish Friend of Bill

Hope you had a pleasant tea time. I enjoyed your post today. As always, it gives me food for thought. I appreciate it.

Good read. Looking forward to reading updates on your post. I find your blog enjoyable to read.

I have heard and do believe that the negative energy of another is picked up by me and vice versa. It is an internal radar. Thanks for writing about this.

I can relate to so many of your thoughts ... I too have over 20 years of sobriety and find that I can "feel" instinctively when something is not right or is negative and I can act on it.
Thanks so much for visiting my blog. I've often read your comments at Syd's. I love to learn about Al-anon from him.